It is obvious that, just like everything, the eye make up has been changing over the years, as well. Back then, women emphasized their look more by applying a black eye pencil and covering their eyelashes with a thick layer of mascara. Still, they remembered to use creams and conditioners in their daily beauty care routine. The recipe of the cosmetics has also changed, honing their qualities and effects. Nowadays, there is highly developed market of eyelash conditioners.

Make up changes from 1920s up to the present. Each epoch estimates its own beauty icon. In 1920s and 1930s the beauty icons were: Pola Negri, Marlene Dietrich, Coco Chanel and Greta 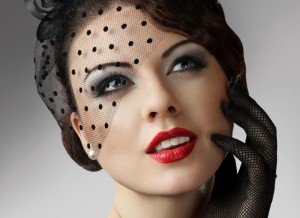 Garbo, to name just a few. It was them, who were the main make up trend-setters of the decades. Determinants in this field were slight warming of the skin tone, lips outlined with a lipliner and then painted with the deep red lipstick and the blusher applied near the eyes. And how did eye make up look like in 1920s and 1930s? First of all, eyebrows were tweezed in such a way to make them resemble thin, sharp and set on high curving. It also happened, that women shaved their eyebrows just to paint a new one. Furthermore, eyelids were painted in a style of the present-day smoky eyes effect. The only difference was that the lower eyelid was painted in a more delicate way. What is more, eyelashes were covered with mascara or the false eyelashes were attached. In 1940s make up became more subtle, soft and dreary.

Completely different was presented the make up from 1950s. The titles of beauty icons belonged to Marilyn Monroe and Audrey 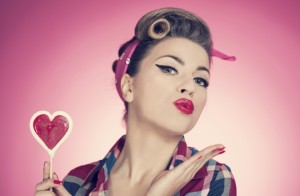 Hepburn. The face was covered with matt foundation and the huge amounts of powder. When it comes to the lip, these were painted with a lighter lipstick and then overlined with a lipliner. The changes had been also noticeable in the field of eye make up. The eyebrows were slightly regulated, wider at the bottom of the nose. What is more, eyes were marked strongly with the eyeliner, and the upper lid was decorated with, so called, cat eye style. In fact, this style is trendy even in the present-day world of make up. Obviously, mascaraed eyelashes was a must. 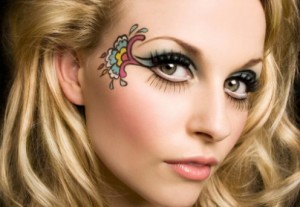 1970s make up is equated with the nature, color and sparkling coloring. 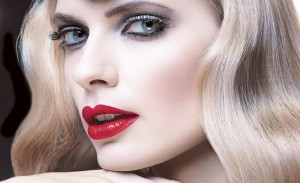 1970s is the hippie  and Flower Children era. Fairly popular colours of that time became pink, purple, blue, brown, white and cherry. The blusher was applied on the middle part of the cheeks, eyebrows were of the natural shape, and the colour cosmetics were filled with glitter. It also happened that the cosmetics were made to illuminate in the darkness.

1980s make up stood up on matt finishing of the face and lips. 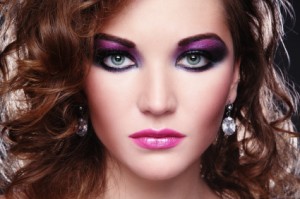 Again, smoky eyes and natural looking shape of eyebrows returned. What is more, lips were overlined with a lipliner and were filled with a red lipstick. When it comes to the eyes, these were covered with black, purple or green eyeshadows, creating a kind of frames. Furthermore, in 1980s so-called Gothic Make up was fairly popular. Its characteristics are pale complexion and dark lipstick. 1990s and XXI century are the continuation of the make up trends from the previous eras.

What are the eyelash conditioners?
In the past, women used various plant oils to take care of their eyelashes. Fairly popular was castor oil which, in fact, is still quite favored. Rich girls could afford the false eyelashes attachment which were made out of nylon fibers. However, nowadays, eyelash conditioners are the beloved cosmetics.

Eyelash conditioner makes the eyelashes longer, these get the volume doubled and become thicker. During the beauty treatment their regeneration, strengthening and nourishing become easily noticeable. Plant extracts take care of eye skin area and protect it from the irritations. It seems that it is much better to devote one’s time on the everyday application of the eyelash conditioner than on the false eyelashes attachment and the later infilling sessions. Especially, when the application is just a piece of cake. It reminds painting a line with an eyeliner.

How does Nanolash eyelash conditioner work?

Nanolash comprises only of natural ingredients of plant origin. These are them which make the eyelashes grow, become thicker and denser. The ingredients provide the rebuilding, nourishing and slight curving of the eyelid hair. What is more, Nanolash application is to be performed every evening on the clean and dry skin. With a brush a thin line is painted on the upper and lower eyelid. The first results become visible after two or three weeks, and the ultimate effects are noticeable after two or three months. Nanolash does not cause any allergic reactions and it is completely safe for the skin and eyelids.

Quite a few beauty icons would envy you of having such long eyelashes.

The best anti-redness face serum is an item that more and more beauty shoppers search for. This...

Argan Oil in hair care. Why should you choose it?

There is a vast number of conditioning oils. It is hard to decide on one that will be the most suitable...

Back then the professional keratin hair treatment was offered only in hair salons. For that reason,...

Karité means life in French – it makes sense because using Shea butter regularly, you make sure your... 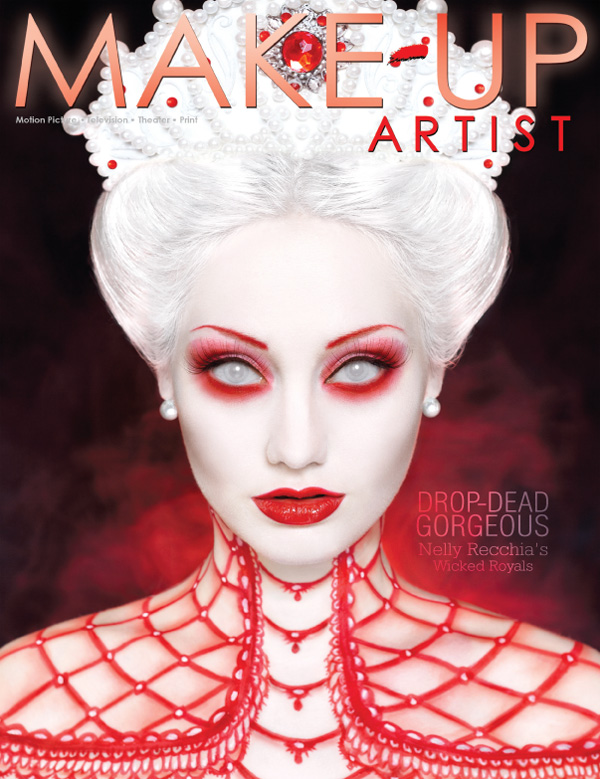